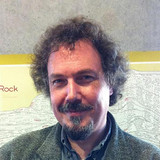 Show Academic Trajectory
Ego Network
D-Core
Research Interests
Author Statistics
Experience
Sign in to view more
Education
Sign in to view more
Bio
Jean-Daniel Fekete is Senior Research Scientist (DR1) at INRIA. He received his PhD in Computer Science in 1996 from Université Paris-Sud. From 1997 to 2001, he joined the Graphic Design group at the Ecole des Mines de Nantes that he led from 2000 to 2001. He was then invited to join the Human-Computer Interaction Laboratory at the University of Maryland in the USA for one year. He was recruited by INRIA in 2002 as a confirmed researcher and became Senior Research Scientist in 2006. He is the Scientific Leader of the INRIA Project Team AVIZ that he founded in 2007. His main Research areas are Visual Analytics, Information Visualization and Human Computer Interaction. He is the General Chair of the IEEE VIS Conference in 2014, the first time it will be held outside of the USA in Paris. He also is Associate Editor of the IEEE Transactions on Visualization and Computer Graphics (TVCG), Membre of the IEEE Information Visualization Conference Steering Committee and of the EG EuroVis Steering Committee. Jean-Daniel Fekete was the President of the French-Speaking HCI Association (AFIHM) until 2013, he was Conference Chair of the IEEE InfoVis Conference in 2011, Paper Co-Chair of the IEEE Pacific Visualization conference in 2011. Jean-Daniel Fekete is a member of the Association for Computer Machinery (ACM) and Senior Member of the IEEE.