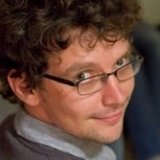 Show Academic Trajectory
Ego Network
D-Core
Research Interests
Author Statistics
Experience
Sign in to view more
Education
Sign in to view more
Bio
I am maître de conférences in Computer Science (roughly equivalent to an Associate Professor) in the LaHDAK team of LRI at Université Paris-Sud in Orsay, France, since September 2015. Since 2019, I am also a visiting researcher in the Valda team of Inria Paris and École Normale Supérieure. Before, I worked as a researcher in Noah’s Ark Lab of Huawei in Hong Kong. Between 2012 and 2014, I was a Postdoctoral Fellow in the Department of Computer Science of the University of Hong Kong.