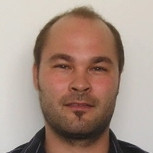 Show Academic Trajectory
Ego Network
D-Core
Research Interests
Author Statistics
Experience
Sign in to view more
Education
Sign in to view more
Bio
Jesper Kjeldskov (Dr. Scient., Ph.D.) is Associate Professor at The University of Melbourne. He works within the area of Human-Computer Interaction. Jesper’s research interests are Interaction Design and User Experience with focus on mobile and ubiquitous technologies primarily in non-work settings. Jesper has a cross-disciplinary background spanning the humanities, social sciences, and computer science. He has published more than 150 peer-reviewed journal and conference papers within the area of Human-Computer Interaction. In 2013 he was awarded the degree of Doctor of Science (higher doctorate) and subsequently promoted to Full Professor of Computer Science at Aalborg University in Denmark. Prior to his professorship at Aalborg, Jesper lived and worked for several years in Australia, working as a Research Fellow at the University of Melbourne, and as a Principal Research Scientist at CSIRO in Sydney. Since 2010 he has revisited his interests in mobile HCI and has since extended his work on domestic computing with new projects within sustainability, music, mediated relationships, emerging display technologies, and social natural user interfaces.