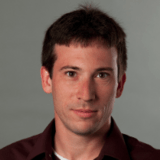 Show Academic Trajectory
Ego Network
D-Core
Research Interests
Author Statistics
Experience
Sign in to view more
Education
Sign in to view more
Bio
I'm a professor in (and, for the moment, chair of) the Department of Computer Science at Carleton College. My interests are focused on computational social sciences, particularly the structure and evolution of social networks and computational modeling of spoken-word recognition. I'm also generally interested in the application of theoretical computer science to problems in a variety of other areas, within and beyond computer science; I've worked on problems in computational biology, complexity of games, and peer-to-peer systems.