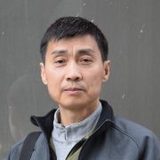 Show Academic Trajectory
Ego Network
D-Core
Research Interests
Author Statistics
Experience
Sign in to view more
Education
Sign in to view more
Bio
His current research interests include human activity recognition, 3D face modeling and animation, and multimedia signal processing. He has worked on a variety of topics including Steiner trees, average case complexity, linked figure animation, and trimmed NURBS tessellation for large CAD model visualization. He was a co-chair of the IEEE International Workshop on Multimedia Technologies in E-Learning and Collaboration (Oct. 17, 2003, Nice, France), a program co-chair of 2006 IEEE International Workshop on Multimedia Signal Processing (MMSP-06), Victoria, Canada, a media co-chair of 2007 International Conference on Multimedia and Expo (ICME07), Beijing, China, and a Technical Program Co-Chair of 2010 IEEE International conference on Multimedia and Expo (ICME2010), Singapore. He is a general co-chair of 2012 IEEE Visual Communication and Image Processing, San Diego, and a program co-chair of 2014 IEEE International Conference on Multimedia and Expo (ICME 2014). He has served in the technical committee for many international conferences. He was a member of the Audio and Electroacoustics Committee of IEEE Signal Processing Society. He is the elected secretary of the Multimedia Systems and Applications Technical Committee of CAS society. He is a Co Editor-in-Chief of Journal of Visual Communications and Image Representation, and an associate editor of Machine Vision and Applications. He served as a guest editor of IEEE Transactions on Multimedia, and a guest editor of IEEE Multimedia Magazine. He is an affiliate professor in the department of Electrical Engineering, University of Washington. He is an IEEE distinguished lecturer from 2015-2016. He is a fellow of IEEE.