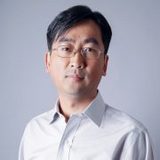 Show Academic Trajectory
Ego Network
D-Core
Research Interests
Author Statistics
Experience
Sign in to view more
Education
Sign in to view more
Bio
Dr. Xing Xie is currently a senior principal research manager at Microsoft Research Asia, and a guest Ph.D. advisor at the University of Science and Technology of China. He received his B.S. and Ph.D. degrees in Computer Science from the University of Science and Technology of China in 1996 and 2001, respectively. He joined Microsoft Research Asia in July 2001, working on data mining, social computing and ubiquitous computing. During the past years, he has published over 250 referred journal and conference papers, won the best student paper award in KDD 2016, and the best paper awards in ICDM 2013 and UIC 2010. He has more than 50 patents filed or granted. He has been invited to give keynote speeches at MDM 2019, HHME 2018, ASONAM 2017, MobiQuitous 2016, SocInfo 2015, W2GIS 2011, etc. He currently serves on the editorial boards of ACM Transactions on Social Computing (TSC), ACM Transactions on Intelligent Systems and Technology (TIST), Proceedings of the ACM on Interactive, Mobile, Wearable and Ubiquitous Technologies (IMWUT), Springer GeoInformatica, Elsevier Pervasive and Mobile Computing, CCF Transactions on Pervasive Computing and Interaction (CCF TPCI). In recent years, he was involved in the program or organizing committees of over 70 conferences and workshops. Especially, he served as program co-chair of ACM Ubicomp 2011, the 8th Chinese Pervasive Computing Conference (PCC 2012), the 12th IEEE International Conference on Ubiquitous Intelligence and Computing (UIC 2015), and the 6th National Conference on Social Media Processing (SMP 2017), and will be a program co-chair of ACM SIGSPATIAL 2020. In Oct. 2009, he founded the SIGSPATIAL China chapter which was the first regional chapter of ACM SIGSPATIAL. He is a senior member of ACM and the IEEE, and a distinguished member of China Computer Federation (CCF).