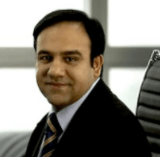 Dr. Saif was named as one of the top 35 young innvoators in the world (TR35) in 2011. He was selected as a Young Global Leader (YGL) by the World Economic Forum in 2010. Dr. Saif received the Google Faculty Research Award in 2011, MIT Technovator Award in 2008, Mark Weiser Award at IEEE Percom'08, Digital Inclusion Award from Microsoft Research in 2006 and the IDG CIO Technology Pioneer Award in 2008. During his doctorate studies, Dr. Saif was a Trinity College Overseas Scholar and Commonwealth Scholar at University of Cambridge.