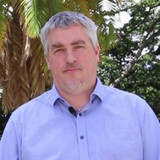 Show Academic Trajectory
Ego Network
D-Core
Research Interests
Author Statistics
Experience
Sign in to view more
Education
Sign in to view more
Bio
Professor Drummond grew up in the UK and studied mathematics for his BA at the University of Cambridge. In 1989 he emigrated to Australia and worked for CSIRO in Melbourne for four years before moving to Perth for his PhD in Computer Science at Curtin University. In 1998 he returned to Cambridge as a post-doctoral Research Associate and in 1991 was appointed as a University Lecturer and was subsequently promoted to Senior University Lecturer. In 2010 he returned to Melbourne and took up a Professorship at Monash University.

Professor Drummond is the Head of Department of Electrical and Computer Systems Engineering at Monash University, where he is also Chief Investigator and Monash Node Leader for the ARC Centre of Excellence in Robotic Vision. His research interests include High Performance Computing, Machine Learning and Computer Vision, with a particular emphasis on real-time systems for Augmented Reality, Robotics and Assistive Technologies. He has been awarded the Könderink prize and the ISMAR 10 year impact award. At Monash University (and previously at the University of Cambridge), he has been awarded ARC and EU Framework research grants totalling in excess of $30M AUD as well as numerous funded industry collaborations.

Research Interests
My research is principally in the field of real-time computer vision (ie processing of information from a video camera in a computer in real-time typically at frame rate). This has applications in augmented reality, robotics, assistive technologies for visually impaired users as well as medical imaging.