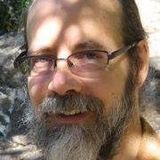 Show Academic Trajectory
Ego Network
D-Core
Research Interests
Author Statistics
ACM_Citations
Experience
Sign in to view more
Education
Sign in to view more
Bio
I'm an interaction designer and researcher at IBM's T. J. Watson Research Center in New York, to which I telecommute from my home in Minneapolis. My research focuses on designing systems that enable groups of people to interact coherently and productively: originally focused on online systems, the scope of my work has expanded to include real world environments ranging from rooms to cities. More generally, I am interested in topics such as conversatin (online and offline), genre theory, pattern languages, urban design, real and virtual communities, and the sociology of human-human interaction, all of which inform my approach to systems design. I've been at IBM since June '97; before that I spent 9 years at Apple, and before that 5 years in a now-defunct startup that competed with another startup called Lo