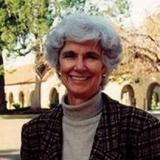 Show Academic Trajectory
Ego Network
D-Core
Research Interests
Author Statistics
Experience
Sign in to view more
Education
Sign in to view more
Bio
A Southerner who developed an early curiosity about different voices in life and in literature, Shirley Heath pursues fieldwork and archival research which take her to exotic places at home and in distant countries. She has done ethnographic fieldwork in the southeastern United States; and collaborative research with teachers of literacy to language minority adults and children of Mexican-origin families, to Australian aboriginal communities, and to ethnic enclaves in Singapore, West Germany, Papua New Guinea and Great Britain. In Ways With Words: Language, Life and Work in Communities and Classrooms (1983), she tells the story of the oral and written language habits of black and white working-class communities of the American Southeast. Over the past decade she has taught courses in American literature and writing at the Bread Loaf School of English in Vermont. Heath has studied the role of the performing and literary arts in the lives of youth, and directed a prize-winning documetary, Art Show, on this topic. She does fieldwork in under-resourced communities of the United States and Great Britain and in townships of South Africa. She has also written extensively on the history of the essay in English, early eighteenth-century reading habits, and the discourse of organizations. Her books include: (with Milbrey McLaughlin) Identity and Inner-city Youth: Beyond Ethnicity and Gender (1993); and (with Shelby Wolf) The Braid of Literature: Children's Worlds of Reading (1992). Heath teaches courses on language and literary theory, American language and literature and narrative and genre theory.