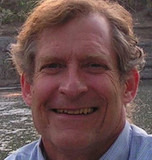 Show Academic Trajectory
Ego Network
D-Core
Research Interests
Author Statistics
ACM_Citations
Experience
Sign in to view more
Education
Sign in to view more
Bio
Richard (Rick) Hull joined the IBM T.J. Watson Research Center in May, 2008. He is currently leading a group focused on the confluence between Business Process Management (BPM) and Cognitive Computing (see recent paper and slides from the BPM 2016 conference.) He is also working on developing a framework for a Blockchain-enabled Business Collaboration Language (see recent paper and slides from the ICSOC 2016 conference). Over the past few years Hull helped to facilitate a broad-based community effort to re-energize research on Principles of Data Management. This included activity during his tenure as chairperson of the ACM PODS Executive Committee (2012-2014), and subsequently as a co-organizer of the Dagstuhl Perspectives Workshop on the Foundations of Data Management. For more information see a recent blog post and also the website on Principles of Data Management. In recent years Hull's research has focused on various applications of Cognitive Computing (including Natural Language Understanding and Machine Learning) in the business-to-business and business-to-consumer realms. An area of general interest has been "Analytics Process Management", that is, enabling the effective deployment and on-going improvement of analytics processes in organizations with limited reliance on data scientists. A particular application area focused on the use of attention-based deep learning to improve forecasting retail demand. Another direction has been the development of the Alexandria tool for "Rapid Domain Scoping", that enables business analysts to quickly build up families of extractors (queries) for focusing on text documents (e.g., tweets, forum entries) and authors that are talking about a family of topics of interest. During his frst several years at IBM Research, Hull led a group performing research on data-centric workflow and business process management. A primary focus was on the use of a novel marriage of data and process, called "Business Artifacts" (also known as "business entities with lifecycles"), as a unifying foundation for the management of workflows and business operations. A very short introduction to core notions of artifacts, and citations to other work, can be found in the pre-print "Business Artifacts: A Data-centric Approach to Modeling Business Operations and Processes" by D. Cohn and R. Hull (appears in Bulletin of the IEEE Computer Society Technical Committee on Data Engineering, Volume 32, Number 3, September, 2009). See also this page. Hull's work on business artifacts included co-launching the EU-funded research project "Artifact Centric Service Interoperation (ACSI)" which ran from 2011 to 2014 which was inspired in part by a 2009 ICSOC paper; and the development of the Guard-Stage-Milestone (GSM) variant of business artifacts. GSM provided the conceptual model underlying the IBM Case Manager product, and provided the conceptual basis for the OMG Case Management Model and Notation (CMMN) standard (see this short overview). The open-source BizArtifact system is a business process management system that includes the GSM variant of artifacts, an earlier finite-state machine variant of artifacts, and also the ACSI Interoperation Hub capability, that supports a data-centric approach to web service orchestration. Hull was in a team awarded an IBM "Corporate Award" for contributions to the IBM Case Manager product, and in a team that was awarded an IBM Research "Outstanding Accomplishment" for contributions to Science and Technology, for his work on business artifacts and foundations for case management. Over the years, Hull has worked on foundations and systems issues in databases, workflow, and web services. Specific directions have included integrity constraints, semantic database models, query languages, database programming languages, converged services (i.e., web + telecommunications), personalization, and semantic web wervices. He is co-author of the book Foundations of Databases (Addison-Wesley, 1995), and is (co-)author of over 150 refereed journal, conference, and workshop articles. Hull holds 14 US Patents. Hull became an ACM Fellow in 2007, and a Bell Labs Fellow in 2005. Hull's research has been supported in part by grants from NSF, DARPA, AT&T, and U S WEST. Jianwen Su and Hull co-organized an NSF-sponsored workshop on "Research Challenges in Data-Centric Workflow" in May, 2009. Hull served as Chair of the Executive Committee for the Principles of Database Systems (PODS) conference from 2012 to 2014. Hull served as co-chair for the Industrial Track of SIGMOD 2011. He was co-PC chair of the Business Process Modeling (BPM) conference in 2010. Hull has served on the Review Board for the Proceedings of the VLDB Endowment (PVLDB). Heserved as an Associate Editor of ACM Transactions on Database Systems from 2003 to 2009. He also served as PC chair of the ACM Symposium of Principles of Database Systems (PODS) (1996), co-PC chair of the International Conference on Database Theory (ICDT) (1992), and co-PC chair of various workshops. The DBLP server holds a listing of most of Hull's publications. Before joining IBM Research, Hull spent 12 years at Bell Laboratories, now the research division of Alcatel-Lucent (which was created as the merger of Alcatel and Lucent Technologies on December 1, 2006). The last position he held there was Director of the Computing and Software Principles Research Department. This group was created as a merger of the former Computing Systems Research Department, the former Network Data and Services Research Department, and some additional groups. While at Bell Labs, in addition to research on personalization and data-centric web services, Hull helped shape the development of two products: the Vortex rules engine (embedded within the Alcatel-Lucent Application Server) and the DataGrid data integration tool. Before Bell Labs, Hull served on the faculty of Computer Science at the University of Southern California from 1980 until 1994. From 1993 to 1996 he was a visitor in the Department of Computer Science at the University of Colorado, Boulder. Also, he enjoyed several visits with Serge Abiteboul's group at INRIA, near Paris, France.