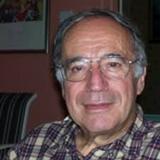 Show Academic Trajectory
Ego Network
D-Core
Research Interests
Author Statistics
Experience
Sign in to view more
Education
Sign in to view more
Bio
In 1966, he was at FIAT, SpA, Turin, Italy. From 1967 to 1974, he was with the Missile Systems Division, Raytheon Co., Bedford, MA, USA. He was involved in the research, design and development of planar and conformal phased arrays for the Patriot and other missile systems. In 1974, he joined Motorola, Inc., Portable Products Division, Plantation, FL, USA, where he achieved the position of Corporate Vice President and the Director of the Portable Products Research Laboratories. His group was essential in the development of the cell phone technology. He retired from Motorola in 2001. Since 2002, he has been at the ECE Department, University of Maryland at College Park, College Park, MD, USA, where he is currently a Senior Staff Researcher. He teaches courses on antennas at American, European, and Asian universities. His main interest is in antennas, the biological effects of human exposure to RF electromagnetic energy and electromagnetic interference with medical devices. He has written more than 50 papers on antennas, RF dosimetry near electromagnetic sources, and the biological effects of RF energy. He holds 31 patents in antenna and IC technology. He has authored or co-authored more than 120 papers and publications. He received the IEEE Vehicular Technology Society Best Paper of the year Award in 1978 and 1982, respectively, and a certificate of merit from the Radiological Society of North America in 1981 for the treatment of tumors with RF energy. He is the past (2005) Chair of Commission A (Measurements) of the International Union of Radio Science.