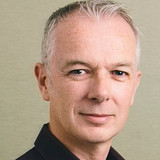 Experience
Sign in to view more
Education
Sign in to view more
Bio
I am currently a Senior Research Scientist at Google working in the Google Brain team on low-level performance aspects of the TensorFlow system. Prior to joining Google, I spent a very happy 4 years as a Principal Researcher in the Microsoft Research Silicon Valley Lab, where I worked on a number of interesting systems projects, including Naiad and Microsoft HoloLens. My research interests include performance analysis of distributed systems, operating systems and virtualization. My research projects have included the Barrelfish multi-kernel operating system, the Xen virtual machine monitor, the Singularity managed code research OS, Vigilante (a system to automatically prevent internet worms), Magpie, Constellation, and Anemone. Until July 2010, I was a Principal Researcher at Microsoft Research Cambridge, where I led the Systems and Networking group. I obtained my B.A. in Computer Science from the University of Cambridge in 1992 and my Ph.D. in 1996 for the Nemesis operating system. I continued research in the Systems Research Group at the Computer Laboratory as a Research Fellow of Christ's College, Cambridge. Before I joined Microsoft Research, I worked on devices and operating system abstractions for the Desk Area Network, Quality of Service for I/O and virtual memory in the Nemesis operating system, and resource allocation using on-line measurement techniques in the Measure project. When I'm not working I'm often sculling or playing the drums. Recent PC membership: NSDI 2015(co-chair), Usenix 2012, Usenix10 (co-chair), SOSP09, Eurosys08, NSDI08, SOSP07, HotDEP07
Research Interests