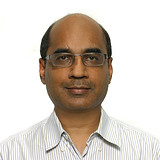 Show Academic Trajectory
Ego Network
D-Core
Research Interests
Author Statistics
Experience
Sign in to view more
Education
Sign in to view more
Bio
Mohan Kankanhalli was born in Ahmedabad, India and did his schooling in Ahmedabad (St. Xavier's High School, Loyola Hall [1970-75, 1979-82]), Morbi (Lion's English School [1975-1978]) and Vadodra (Rosary High School [1978-79]). He subsequently joined the Institute of Systems Science (ISS - then a part of NUS but now it is known as Institute for Infocomm Research and belongs to A*STAR) in October 1990. During 1997-1998, he was a faculty member at the Department of Electrical Engineering of the Indian Institute of Science, Bangalore. He has been with the NUS School of Computing since May 1998 where he is Provost's Chair Professor of Computer Science. He is also the Dean of NUS School of Computing. Before that, he was the Vice Provost (Graduate Education) for NUS during 2014-2016 and Associate Provost (Graduate Education) during 2011-2013. He was earlier the School of Computing Vice-Dean for Research during 2001-2007 and Vice-Dean for Graduate Studies during 2007-2010. He visited the Garage Cinema Group at the University of California at Berkeley during Jan-Jun 2004 and the Media Futures Group at University College London during Jan-Apr 2013. Mohan is a Fellow of IEEE. He is married to Atreyi and has two children.