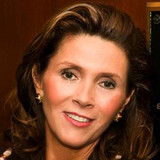 Show Academic Trajectory
Ego Network
D-Core
Research Interests
Author Statistics
Experience
Sign in to view more
Education
Sign in to view more
Bio
Dr. Follen comes to the Paul L. Foster School of Medicine after serving as the Director for the Center for Women’s Health Research (IWHL), Associate Dean for Research, and Professor of Obstetrics and Gynecology, Drexel University College of Medicine and Professor of Gynecologic Oncology at the University of Texas M. D. Anderson Cancer Center. Dr. Follen attended the University of Michigan in Ann Arbor, Michigan, for her Bachelor’s degree, Medical Doctorate, Masters in Clinical Research Design, and Doctorate in Epidemiology. She stayed in Ann Arbor for an internship in General Surgery. Dr. Follen subsequently served her government and worked for the Public Health Service as a medical director and general practitioner at a neighborhood health center affiliated with Jacobi-Einstein in the Bronx, New York, for 2 years and received 2 meritorious service awards for her work. This was followed by her training in obstetrics and gynecology at Columbia Presbyterian Medical Center, part of Columbia, University in New York City, New York, the home of the American Journal of Obstetrics and Gynecology. Dr. Follen was selected for a fellowship in gynecologic oncology at the No. 1 ranked cancer center nationally, The University of Texas MD Anderson Cancer Center. She stayed at the M. D. Anderson Cancer Center for 23 years before spending 2.5 years at the Drexel University College of Medicine. While at MD Anderson, she created the Department of Cancer Prevention (now a large division); created the first outside service of MD Anderson personnel to the impoverished at the University of Texas Health Science Center Hermann Hospital and the Lyndon Baines Johnson County Hospital; served on the Internal Review Board; and obtained as principal investigator and maintained a Program Project involving the “Optical Imaging of Cervical Neoplasia.” During her tenure there, she also initiated and directed the Biomedical Engineering Center, collaboration between University of Texas in Austin (UTA), University of Texas Health science Center in Houston, and MD Anderson. Dr. Follen was responsible for the establishment of the undergraduate biomedical engineering department at the University of Texas in Austin and she served on the faculty there for ten years and also taught undergraduates, Masters, and Doctoral students on the Austin campus. More recently, Dr. Follen obtained funding from ExxonMobil Foundation, the T. Boone Pickens Foundation, and FedEx, to establish and manage a screening program for cervical cancer in Nigeria based at six medical schools around the country. This has been successfully running for seven years. While at Drexel University College of Medicine, she organized a highly successful series of conferences in Gender Medicine, which won acclaim for the Institute for Women’s Health and Leadership. This work resulted in one special issue of Gender Medicine and one that may be forthcoming. Dr. Follen is the author of more than 250 peer-review publications. She is an internationally recognized expert in cervical cancer detection and prevention, cervical chemoprevention, and the use of optical technologies and molecular imaging for cervical neoplasia.