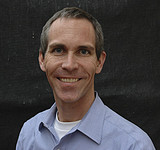 Show Academic Trajectory
Ego Network
D-Core
Research Interests
Author Statistics
ACM_Citations
Experience
Sign in to view more
Education
Sign in to view more
Bio
Mike Dahlin's research interests include Internet- and large-scale services, fault tolerance, security, operating systems, distributed systems, and file systems. He received his PhD in Computer Science from the University of California at Berkeley in 1995 under the supervision of professors Tom Anderson and Dave Patterson, and he joined the faculty at the University of Texas at Austin in 1996. He received the NSF CAREER award in 1998, received the Alfred P. Sloan Research Fellowship in 2000, and held a departmental Faculty Fellowship in Computer Science in 1999-2002 and 2004-2007. Professor Dahlin has published over 50 scholarly works, including three award papers at SOSP, two at WWW, and one at each of USENIX, SASO, and WCW.