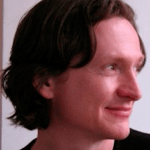 Show Academic Trajectory
Ego Network
D-Core
Research Interests
Author Statistics
Experience
Sign in to view more
Education
Sign in to view more
Bio
I’m a Professor in the School of Computing Science at the University of Glasgow, UK. My work borrows from philosophy, biology and other disciplines in order to feed into the design and theory of computer systems, especially mobile and ubiquitous computing. I lead the social/ubiquitous/mobile (SUM) group, and we work on theory, infrastructure, analytics and applications for devices such as phones. Our apps include mobile multiplayer games and systems for health and fitness, for cultural tourism, and for ‘seamful’ awareness of the infrastructure we have ready-to-hand. My main projects are A Population Approach to Ubicomp Systems Design, an EPSRC programme grant that investigates analytics and design based on the concept of an app, or a software class, as a stochastically described set of app instances in use. Another active project is EuroFIT, an EU FP7 project centred on using football fans’ club affiliation to encourage greater physical activity and less sedentary behaviour. Our collaborators include the Glasgow City Council Future Cities Demonstrator, and a number of premier league football clubs in the UK, Portugal, Norway and the Netherlands. I’m also getting involved in Anyscale Apps, developing a software platform that allows developers to write apps that are adapted at runtime to suit resources available such as multicore CPUs and remote clusters. I’ve an interest in future cities, smart citizens and the like, and lead the SICSA Future Cities research challenge. I’m also an academic lead in the university’s ‘smart campus’ developments. Also, I’m always on the lookout for good PhD applications. See my Projects page for more on what’s going on, and our departmental PhD application page for details and forms for studentship applications. My work email address is matthew.chalmers at glasgow.ac.uk. I also have a work phone but generally only check it for messages every few weeks... so please use email instead.