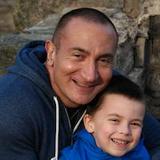 Show Academic Trajectory
Ego Network
D-Core
Research Interests
Author Statistics
Experience
Sign in to view more
Education
Sign in to view more
Bio
Marco Pistoia, Ph.D. has worked for IBM Corporation since January 1996 and is currently a Senior Manager and Distinguished Researcher at the IBM Thomas J. Watson Research Center in New York, where he manages the Mobile Enterprise Software research group. He is an IBM Master Inventor with 115 patents and 171 patent applications. He has published and presented at numerous conferences worldwide, including OOPSLA, ECOOP, PLDI, ICSE, ACSAC, ISSTA, ETAPS, PLAS and the IEEE Symposium on Security and Privacy. He has also been invited to lecture at several research institutions worldwide, including Harvard University, New York University, University of Maryland, Rutgers University, Virginia Tech, Stony Brook University, University of Texas at Austin and Stevens Institute of Technology in the United States, Tohoku University and the National Institute of Informatics in Japan, École Normale Supérieure in France, Dagstuhl School of Informatics and Saarland University in Germany, Eidgenössische Technische Hochschule (ETH) Zürich in Switzerland, La Sapienza University and Tor Vergata University in Italy, University of Porto in Portugal, Chalmers University of Technology in Sweden, and Tel Aviv University, Israel Institute of Technology (Technion) and Ben Gurion University of the Negev in Israel. He has been an Adjunct Professor of Computer Science at the Polytechnic School of Engineering of New York University since 2000 and at Fordham University since 2015. He was the General and Program Co-chair of PLAS 2008, and the Program Chair of the ACM Student Research Competition at PLDI 2009. Furthermore, he has served as Program Committee member on several conferences, including PLDI, ISSTA, ICSE, CCS, NDSS, and ACSAC. Dr. Pistoia received his Ph.D. in Mathematics from the Polytechnic Institute of New York University in May 2005 and his Master of Science and Bachelor of Science degrees in Mathematics summa cum laude from the University of Rome, Italy in July 1995.