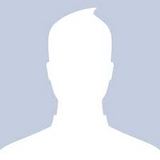 Show Academic Trajectory
Ego Network
D-Core
Research Interests
Author Statistics
Experience
Sign in to view more
Education
Sign in to view more
Bio
Malu Castellanos is a senior researcher at HP Labs where she has been working on different areas of data management since 1997; physical database design, real-time business intelligence and text analytics being her primary research areas in the last years. Earlier she was on the Faculty of the Department of Information Systems at the Polytechnic University of Catalunya in Barcelona, where she received her Ph.D, and on the Faculty of the Engineering School at the National Autonomous University of Mexico (UNAM) from where she graduated as computer engineer. She has authored over 60 papers and has 16 patents. She has served in the organization and PC of numerous international conferences and workshops including being General Chair of ICDE 2008 (Cancun) and Organizer of SMDB at ICDE 2012.