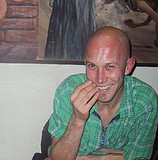 Show Academic Trajectory
Ego Network
D-Core
Research Interests
Author Statistics
Experience
Sign in to view more
Education
Sign in to view more
Bio
Maarten Marx (1964) obtained his master in political science (1990) and his PhD in mathematical logic (1995), both at the University of Amsterdam. He (co)-authored 3 books and more than 75 scientific articles. Since 2002 his main research topic is XML, in particular XPath dialects. In 2004 he won the ACM Principles of Database Systems best paper award for his Codd-completeness result for "Conditional XPath". His current research interest is integration of large amounts of semi-structured, text-centric, data. His work on the parliamentary proceedings was recognized with the XML Holland Award 2008 and the Dutch Data prize (awarded by DANS-KNAW) 2012.