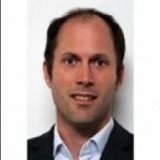 Show Academic Trajectory
Ego Network
D-Core
Research Interests
Author Statistics
Experience
Sign in to view more
Education
Sign in to view more
Bio
Bernd Ludwig studied Computer Science at Friedrich-Alexander-University in Erlangen-Nuremberg from 1992-1997. His 2004 phd thesis focused on plan-based dialoge management for natural language processing applications and was supervised by Prof. Heinrich Niemann and Prof. Günther Görz, respectively. Bernd finished his habilitation at Friedrich-Alexander-University in Erlangen-Nuremberg in 2010 (title of thesis: Plan-based HCI in multimodal recommender systems ("Planbasierte Mensch-Maschine-Interaktion in multimodalen Assistenzsystemen"). 1997-2004 Bernd was a post-doctoral researcher at the knowledge processing group of the Bavarian Research Center for Knowledge-Based Systems in Erlangen. He became an assistant professor at the Chair of Artificial Intelligence (Friedrich-Alexander-University in Erlangen-Nuremberg) in 2004. In 2010, Bernd was appointed BIT guest professor und postdoc researcher at the Free University of Bozen and the Department of Information Engineering and Computer Science der Universitá degli Studi di Trento. After his return in November 2010, he was an associate professor (Privatdozent) until March 2011. Bernd was appointed as professor of Computational Linguistics at the Chair of Information Science at University of Regensburg in August 2011. His research focuses on the dependcies of Communicative Action in Human Computer Interaction as well as its implementation using efficient algorithms. Furthermore, he is interested in the use of mobile devices as an aid to solve complex tasks using recommender systems. Research projects (ROSE; VAMOS; NADINE) currently lead by Bernd Ludwig strongly reflect this interest. He is co-editor of the German journal Künstliche Intelligenz and is an appointed reviewer at and organizer of several international conferences.