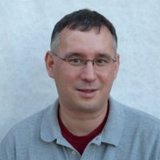 Experience
Sign in to view more
Education
Sign in to view more
Bio
Leendert van Doorn is a senior fellow at AMD where he runs the software technology office and the system manageability organization. He is responsible for taking forward looking software concepts and driving support for them into AMD's silicon. In particular, he is responsible for the corporate technology strategy for virtualization, manageability and security. He also manages AMD's system manageability development organizaton that is responsible for AMD's manageability offerings and DMTF engagements. Before joining AMD he was a senior manager at IBM's T.J. Watson Research Center where he managed the secure systems and security analysis departments. He received his Ph.D. from the Vrije Universiteit in Amsterdam where he worked on the design and implementation of microkernels. When conference calls and meetings get too much, he has been known to find refuge at CMU where he is an adjunct professor.
Research Interests