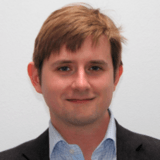 Show Academic Trajectory
Ego Network
D-Core
Research Interests
Author Statistics
Experience
Sign in to view more
Education
Sign in to view more
Bio
I was born in Kaiserslautern, Germany in December 1980. From 1999 to 2004, I studied Computer Science at the Ludwig-Maximilians-Universität in Munich. In 2003, I completed a Master Course in Biology at the University of Oxford. My Bioinformatics project on gene finding during this time was supervised by Dr Irmtraud Meyer (now professor at UBC Vancouver). I was a scholar of the Stiftung Maximilianeum, the German Academic Merit Foundation, and the Bavarian Scholarship for the Gifted during these years. I wrote my master thesis in Computer Science at the NICTA Statistical Machine Learning Group in Canberra, supervised by Prof. Alex Smola (now Professor at Carnegie Mellon University) and Prof. SVN (Vishy) Vishwanathan (now Professor at Purdue University). From January 2005 to August 2007, I was a research and teaching assistant in Prof. Hans-Peter Kriegel's Database and Data Mining Group at the Ludwig-Maximilians-University in Munich. In May 2007, I completed my PhD thesis on ''Graph Kernels''. My thesis later on won the Heinz-Schwärtzel-Dissertation Award (best PhD thesis award) by the three computer science departments in Munich (LMU, TU, UniBw). From September 2007 to August 2008 I was a postdoctoral research associate in the Machine Learning Group at the University of Cambridge, UK, headed by Prof. Zoubin Ghahramani. In September 2008, I moved to Tübingen to head the newly established joint research group for Machine Learning & Computational Biology of the Max-Planck-Institute for Biological Cybernetics (Prof. Bernhard Schölkopf) and the Max-Planck-Institute for Developmental Biology (Prof. Detlef Weigel) as a W2 Research Group Leader. In 2010, my position and group were tenured. In 2011, my group joined the newly established Max Planck Institute for Intelligent Systems. In September 2011, I joined the Universität Tübingen as Professor of Data Mining in the Life Sciences in the Computer Science Department. In 2012, I spent my first sabbatical at Prof. Mark Daly's lab at Massachusetts General Hospital and the Broad Institute. Since January 2013, I am the Scientific Coordinator of the European Marie Curie Initial Training Network on "Machine Learning for Personalized Medicine" (mlpm.eu) with 12 partner labs in 8 countries, and 3.75 million EUR funding by the European Union. In November 2013, I received the Krupp Award for Young Professors, including a prize money of 1 million EUR. I moved to ETH Zürich as Professor of Data Mining and joined its Biosystems Department in June 2014. Business Journal Capital listed me as one of the "Top 40 under 40" in Science from Germany in July 2014. In November 2014, I received a Starting Grant from the ERC backup scheme of the Swiss National Science Fonds.