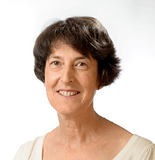 Show Academic Trajectory
Ego Network
D-Core
Research Interests
Author Statistics
Experience
Sign in to view more
Education
Sign in to view more
Bio
Judy Kay is Professor of Computer Science at the School of Information Technologies (formerly, Basser Department of Computer Science) at the University of Sydney. She is a principal in the CHAI: Computer Human Adapted Interaction Research Group, leading research in advanced technologies for human computer interaction, supporting personalisation, pervasive and mobile interaction. Her vision is to support a highly personalised way for people to interact with the computers that they carry, those embedded within the environment as well as desktop computers. CHAI researchers are exploring ways to ensure that people can readily make use of these as part of their own personalised augmented memory. We aim to put a personalisation layer over these devices so that each person can make the most effective use of them for key aspects of their lives. Critical to this vision is that the user should always feel a sense of control over the personalisation. She creates new tools for interaction in support of lifelong learning, collaboration and personalised smart services. Examples of exploring novel interfaces for ubiquitous computing include new software for surface computing that enables people to interact at a table, new ways to access files when collaborating at a tabletop and the Keep-in-Touch communication appliance. Her personalisation research has created a framework for building personalised applications which enable the user to scrutinise and control the whole process of personalisation. The core technologies are the Personis user modelling server and Personis-Lite. She has extensive publications , in venues such as the conferences, Pervasive, Computer Human Interaction (CHI), User Modeling (UM, AH, UMAP) and journals, such as IEEE Transactions on Knowledge and Data Engineering, International Journal of Artificial Intelligence in Education, User Modeling and User-Adapted Interaction, Personal and Ubiquitous Computing, Communications of the ACM, Computer Science Education. Invited keynote addresses include: UM'94 User Modeling Conference, Boston, USA; IJCAI'95 International Joint Conference on Artificial Intelligence, Montreal, Canada; ICCE'97, International Conference on Computers in Education, Kuching, Malaysia; ITS'2000, Intelligent Tutoring Systems, Montreal, Canada; AH2006 Adaptive Hypermedia and Adaptive Web-Based Systems, Dublin, Ireland; ITS'2008, Intelligent Tutoring Systems, Montreal, Canada; EC-TEL'2010, European Conference on Technology Enhanced Learning, Barcelona, Spain.

A Life of Data: Characteristics and Challenges of Very Long Term Self-Tracking for Health and Wellness

Mapping Beyond the Uncanny Valley - A Delphi Study on Aiding Adoption of Realistic Digital Faces.

Am I Meeting My Lifelong Life-Wide Goals? Towards Answers From Scrutable Scaffolded Open Learner Models (SOLMs).

From data to personal user models for life‐long, life‐wide learners

Comparing a Single-Touch Whiteboard and a Multi-Touch Tabletop for Collaboration in School Museum Visits.

It's the deceiver and the receiver: Individual differences in phishing susceptibility and false positives with item profiling.

A Tool to Measure Young Adults' Food Intake: Design and Development of an Australian Database of Foods for the Eat and Track Smartphone App.

Examining the Frequency and Contribution of Foods Eaten Away From Home in the Diets of 18- to 30-Year-Old Australians Using Smartphone Dietary Assessment (MYMeals): Protocol for a Cross-Sectional Study.

Actors, Avatars and Agents: Potentials and Implications of Natural Face Technology for the Creation of Realistic Visual Presence

Towards a Long Term Model of Virtual Reality Exergame Exertion.

User Modeling for the Internet of Things.

New frontiers of quantified self 3: exploring understudied categories of users.

A student-facing dashboard for supporting sensemaking about the brainstorm process at a multi-surface space.

Harnessing the "ambience" of the mobile-phone lockscreen for ultra-lite logging.

Dietary contribution of foods and beverages sold within a university campus and its effect on diet quality of young adults.

Phase II feasibility study of rekindle: An online psychosexual intervention for cancer survivors and/or their partners.

An In-the-Wild Study of Learning to Brainstorm: Comparing Cards, Tabletops and Wall Displays in the Classroom.

New frontiers of quantified self 2: going beyond numbers.

The Rekindle study: An Australian randomised phase II study assessing feasibility and promise of an online intervention to promote sexual wellbeing for both cancer survivors and their partners.

Keeping it private: an augmented reality approach to citizen participation with public displays

Whither or wither the AI of AIED?

To Dwell or Not to Dwell: An Evaluation of Mid-Air Gestures for Large Information Displays.

The importance of 'neighbourhood' in personalising location-based services.

Who cares about the Content? An Analysis of Playful Behaviour at a Public Display

Creating personalized systems that people can scrutinize and control: Drivers, principles and experience

Recommending people to people: the nature of reciprocal recommenders with a case study in online dating

Viewing and controlling personal sensor data: what do users want?

MOOCs: So Many Learners, So Much Potential ...

Data Mining in the Classroom: Discovering Groups' Strategies at a Multi-tabletop Environment.

A conceptual model for reflecting on expected learning vs. demonstrated student performance

Viewing and controlling personal sensor data: what do users want?

Toward a shared understanding of competency in programming: an invitation to the BABELnot project

Coming to terms with Bloom: an online tutorial for teachers of programming fundamentals

Proceedings of the 10th international conference on Pervasive Computing

Orchestrating a multi-tabletop classroom: from activity design to enactment and reflection