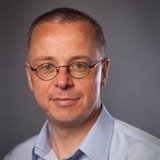 Show Academic Trajectory
Ego Network
D-Core
Research Interests
Author Statistics
Experience
Sign in to view more
Education
Sign in to view more
Bio
With over 20 years of experience in High Performance Computing, Josh currently leads an effort within VMware's Office of the CTO to bring the full value of virtualization to HPC. Previously, he was a Distinguished Engineer at Sun Microsystems with broad responsibilities for HPC direction and strategy. He joined Sun in 1996 from Thinking Machines Corporation, a pioneering company in the area of Massively Parallel Processors (MPPs), where he held a variety of technical positions. Josh has worked on developer tools for distributed parallel computing, including language and compiler design, scalable parallel debugger design and development, and MPI. He has also worked in the areas of 3D graphics, image processing, and realtime device control. Josh has an undergraduate degree in Engineering from Harvard College and a Masters in Computer Science from Harvard University. He has served as a member of the OpenMP ARB Board of Directors since 2002 and is currently serving as Chairman of the Board.