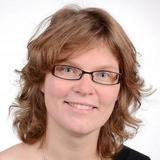 Show Academic Trajectory
Ego Network
D-Core
Research Interests
Author Statistics
Experience
Sign in to view more
Education
Sign in to view more
Bio
Jonna Häkkilä is a team leader of user experience (UX) research team at Center for Internet Excellence, University of Oulu. Her team works on creating novel user interface (UI) and application concepts in the area of mobile and ubiquitous computing, especially on mobile 3D internet. The team uses rapid prototyping and user centric design techniques to demonstrate and evaluate the concept designs in laboratory and in-the-wild settings. In addition to her role at CIE, Jonna Häkkilä an adjunct professor (docent) in Human Computer Interaction (HCI) at the Department of Computer Science and Engineering, University of Oulu. She is a co-founder of user experience design house Soul4Design, where she works on usability and user research projects. Prior to this, she has worked as a research leader at Nokia Research Center, where she led user experience, concepting and prototyping research teams in 2007-2011. Jonna Häkkilä received her PhD degree at University of Oulu, Finland, in 2007, and has done extended research visits to University of Stuttgart, Germany (2011), Carnegie Mellon University, USA (2006), and Griffith University, Australia (2003). She has published over 50 peer reviewed scientific papers on HCI, focusing on mobile and ubiquitous interaction. She has been a board member of ACM SIGCHI local chapter SIGCHI Finland in 2007-2010 and the chairman of the board in 2012. Her current research interests include mobile and ubiquitous interaction, mobile learning, and tangible user interfaces.