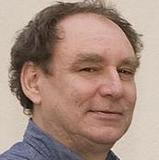 Show Academic Trajectory
Ego Network
D-Core
Research Interests
Author Statistics
ACM_Citations
Experience
Sign in to view more
Education
Sign in to view more
Bio
I am the Marconi Professor of Communications Systems in the Computer Lab, at the University of Cambridge, almost exactly 100 years after Marconi's "groundbreaking" first transatlantic wireless call, and i am a fellow of Wolfson College; a decade ago&more, i was a professor in the Department of Computer Science University College London. i graduated in Physics from Trinity College, Cambridge University in 1979. i got an MSc in Computing in 1981, and PhD in 1993 both from UCL. (before that i even went to primary and 2ndary school once). i'm a fellow of the Royal Society, the ACM, the British Computer Society, the IET the Royal Academy of Engineering and the IEEE. I'm a member of UCU and have been (or its equivalent) since 1979. Technical advisory boards i am on include EPSRC networking network, Netronome, CognitionX, NEAT, Social Machines, IMDEA Networks, Foundation for Information Policy Research Advisory Council. Family and other namesakes.