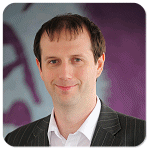 Show Academic Trajectory
Ego Network
D-Core
Research Interests
Author Statistics
Experience
Sign in to view more
Education
Sign in to view more
Bio
John Breslin is a lecturer in Electrical & Electronic Engineering at the School of Engineering and Informatics, NUI Galway, and a researcher with DERI, a Semantic Web research institute at NUI Galway. He is also an associate researcher with NCBES, NUI Galway. His research interests include the Social Semantic Web and health care applications. He is course director for the new Electronic Engineering - Innovation undergraduate BE degree. John is co-leader and founder of the Social Software Unit at DERI. He is co-author of the book "The Social Semantic Web" (Springer, 2009), and has over 100 peer-reviewed academic publications. He is the Tutorials & Workshops Chair for the forthcoming ICWSM-11 conference., and has served on over 75 committees for workshops, conferences or journals. He is also the founder of the SIOC project (Wikipedia article), which aims to interlink online communities with semantics. John was previously a postdoctoral researcher at DERI from 2004 to 2008, a lecturer at the University from 2000 to 2004, and a research officer and postgraduate student at PERC, NUI Galway from 1994 to 2000. He received his PhD from NUI Galway in 2002. He also received an award for co-authoring the best paper in the IEEE PELS Transactions in 2000. He worked as a visiting scholar at Virginia Tech in 1996. He received his BE degree in Electronic Engineering with first class honours from NUI Galway (then UCG) in 1994. John has received a number of awards for website design, including a Golden Spider for the Irish community website boards.ie (Wikipedia article), which he co-founded in 2000. The Irish Internet Association presented him with Net Visionary awards in 2005 and 2006. He is a director of boards.ie Ltd., and is also an advisor to some social media companies. He is the owner of socialmedia.net, a web-based publisher of daily articles focusing on forthcoming technology areas in business, video, mobile and social media. He has been interviewed or cited by various media sources including New Scientist, Computer, PC World, The Sunday Times and RTÉ. He is a member of Engineers Ireland, the IET and the IEEE.