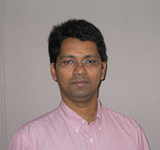 Show Academic Trajectory
Ego Network
D-Core
Research Interests
Author Statistics
Experience
Sign in to view more
Education
Sign in to view more
Bio
Joemon M. Jose is a Professor (Professor of Information Retrieval) at the School of Computing Science, University of Glasgow. He is currently the convener of the School Research Committee and a member of the college ethics committee. He is a Fellow of the BCS and IET professional bodies and a chartered Information Technology Professional. He is a member of the IEEE and ACM and also a member of the ACM SIGIR and the BCS IRSG specialist groups. He is a member of the editorial board of the International Journal of Multimedia Retrieval from Springer. He hosted many IR conferences in Glasgow and recently was one of the co-chairs of the ECDL 2010 conference. Since the 90s, he very active in Information Retrieval research and has authored over 150 research articles. He is a co-recipient of many best paper awards and/or best student paper awards including that from the ACM SIGIR. So far (by 2011) he has supervised over 10 PhD students and over 20 post-doctoral researchers and hosted many visiting IR researchers. During 2004-05, he was a visiting research fellow at the CMU, USA.

He is interested in all aspects of information retrieval in the textual and multimedia domain. He was the principle investigator of a number of externally funded projects (e.g.,SALERO, K-SPACE, SEMEDIA, MIAUCE, ADAPT, POW ) and has so far attracted over 2.5 million pounds in research income. He has consulted or had research collaborations with a number of industrial organizations including BT, SHARP and Kodak.