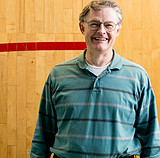 Show Academic Trajectory
Ego Network
D-Core
Research Interests
Author Statistics
Experience
Sign in to view more
Education
Sign in to view more
Bio
Jock D. Mackinlay is the first Technical Fellow at Tableau Software. He believes that well-designed software can help a wide-range of individuals and organizations work effectively with data, which will improve the world. He is an expert in visual analytics and human-computer interaction who joined Tableau in 2004 after being on the PhD dissertation committee of Chris Stolte, one of the cofounders of Tableau.
In 1986, Mackinlay joined the Xerox Palo Alto Research Center (PARC), where he collaborated with the User Interface Research Group to develop many novel applications of computer graphics for information access, many inspired by his composition algebra. His key mentors were Stuart K. Card and George G. Robertson. They published three influential papers at the ACM CHI’91 conference on their prototype system called the Information Visualizer. This prototype included the Cone Tree, an animated 3D node-link visualization of hierarchical information, and the Perspective Wall, a 3D focus+context technique that was effective for temporal analytics. In 1999, he co-wrote the book Readings in Information Visualization: Using Vision to Think with Stuart K. Card and Ben Shneiderman.
Mackinlay在2013年成为ACM的杰出成员。