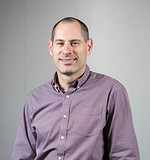 Show Academic Trajectory
Ego Network
D-Core
Research Interests
Author Statistics
Experience
Sign in to view more
Education
Sign in to view more
Bio
Dan Grossman is a Professor in the Paul G. Allen School of Computer Science & Engineering at the University of Washington where he has been a faculty member since 2003. He is the Allen School's Vice Director. From 2013–2018, he held the J. Ray Bowen Professorship for Innovation in Engineering Education.
Dan has served on roughly thirty conference and workshop program committees and served as the Program Chair for PLDI 2018. He has served on the ACM SIGPLAN Executive Committee, the Steering Committee for the ACM / IEEE-CS 2013 Computer Science Curriculum, and the ACM Education Board. He currently serves on the CRA Board.
Dan is the instructor for a popular MOOC on undergraduate topics in programming languages and functional programming.