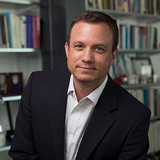 Professor Morrisett's research focuses on the application of programming language technology for building secure, reliable, and high-performance software systems. A common theme is the focus on systems-level languages and tools that can help detect or prevent common vulnerabilities in software. Past examples include typed assembly language, proof-carrying code, software fault isolation, and control-flow isolation. Recently, his research focuses on building provably correct and secure software, including a focus on cryptographic schemes, machine learning, and compilers.

Morrisett is a Fellow of the ACM and has received a number of awards for his research on programming languages, type systems, and software security, including a Presidential Early Career Award for Scientists and Engineers, an IBM Faculty Fellowship, an NSF Career Award, and an Alfred P. Sloan Fellowship.

He served as Chief Editor for the Journal of Functional Programming and as an associate editor for ACM Transactions on Programming Languages and Systems, Information Processing Letters, and The Journal of the ACM. He currently serves as co-editor-in-chief for the Research Highlights column of Communications of the ACM. In addition, Morrisett has served on the DARPA Information Science and Technology Study (ISAT) Group, the NSF Computer and Information Science and Engineering (CISE) Advisory Council, Microsoft Research's Technical Advisory Board, Microsoft's Trusthworthy Computing Academic Advisory Board, and the Fortify Technical Advisory Board.