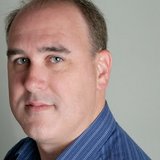 Show Academic Trajectory
Ego Network
D-Core
Research Interests
Author Statistics
Experience
Sign in to view more
Education
Sign in to view more
Bio
Dr. G. Michael Youngblood is a senior applied researcher and AI system architect at the Palo Alto Research Center (PARC, a Xerox company) in the Interactive Intelligence Area. Dr. Youngblood formerly was an Associate Professor in the Department of Computer Science at the University of North Carolina at Charlotte (UNCC). Where he was the Director of the Games + Learning Lab, Director of the Game Intelligence Group, and ran the Game Design & Development Program. He received his Honors B.S., M.S., and Ph.D. degrees in Computer Science and Engineering from The University of Texas at Arlington (UTA) in 1999, 2002, and 2005 respectively. He has also received an A.S. in Applied Science and Technology – Nuclear Engineering Technologies from Thomas A. Edison State College of New Jersey in 1995. He graduated from Naval Nuclear Power School in 1989, D1G Prototype (Knolls Atomic Power Laboratories, Ballston Spa, New York) in 1990, and served three tours of duty in the U.S. Navy Submarine force from 1990 to 1996 aboard the U.S.S. BOISE (SSN-764), U.S.S. CANOPUS (AS-34), and U.S.S. EMORY S. LAND (AS-39) separating as a Machinst’s Mate First Class (Nuclear Operations/Repair Supervisor; Engineering Laboratory Technician; Submarine Qualified). Dr. Youngblood’s research interests are primarily in the field of intelligent systems where he is specifically interested in the utilization of AI techniques to solve real world problems. Other interests include cognitive architectures, multi-agent systems, and integration technologies (including middleware). He has also had the opportunity to do some exploratory work in high performance computing, bioinformatics, and robotics. On the periphery, he has an interest in computer graphics and visualization and how they can be used to better understand and evaluate intelligent systems. Dr. Youngblood is committed to science and engineering education at all levels and is a strong supporter of a mixed pedagogy (or andragogy if you prefer) involving elements of Socratic delivery, formal lecture, practical experience, and relevant examples with homework and projects that reinforce key concepts. Dr. Youngblood is a member in good standing of AAAI, ACM, ACM/SIGART, ACM/SIGGRAPH, IGDA, IEEE, and IEEE-CS. He is a Tau Beta Pi fellow (2002-2003), and also a member of the 2007 DARPA Computer Science Study Group (CSSG).