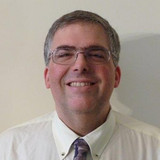 Show Academic Trajectory
Ego Network
D-Core
Research Interests
Author Statistics
Experience
Sign in to view more
Education
Sign in to view more
Bio
Fred Douglis is a computer scientist with interests in storage, distributed systems, web technologies, and many other areas. He is a fellow of the IEEE and a member of the IEEE Computer Society Board of Governors. He is running in 2018 for a second three-year term on the Board of Governors.
He is currently a chief research scientist with Perspecta Labs, focusing on distributed systems. His professional email is firstinitial followed by lastname_at_perspectalabs.com. From 2009-2017 he was in the CTO office of various divisions in EMC and then Dell EMC, working on storage technologies, especially deduplication, compression, and flash memory. From 2002-2009 he was a researcher at IBM Research in Hawthorne, NY, working on stream computing, deduplication, and other areas in distributed systems. Before joining IBM, he was with AT&T Labs--Research, where he was most recently a Division Manager. Before that, he was a scientist with the Mobios Project at the Matsushita Information Technology Laboratory, later called the Panasonic Information and Networking Technology Laboratory and eventually closed. Prior to that, he was a visiting professor at the Vrije Universiteit in Amsterdam, the Netherlands, working with Andy Tanenbaum.