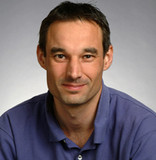 Show Academic Trajectory
Ego Network
D-Core
Research Interests
Author Statistics
ACM_Citations
Experience
Sign in to view more
Education
Sign in to view more
Bio
Frans Kaashoek is the Charles Piper Professor in MIT's Department of Electrical Engineering and Computer Science and a member of the MIT Computer Science and Artificial Intelligence Laboratory since January 1993. Before joining MIT, he was a student at the department of Computer Science (afdeling Informatica) at the Vrije Universiteit in Amsterdam, the Netherlands.

In 1998 Frans cofounded Sightpath Inc, which was acquired by Cisco Systems in 2000. He also helped found Mazu Networks Inc and served on its board until Riverbed Technology Inc acquired Mazu in 2009.