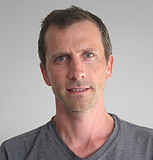 Show Academic Trajectory
Ego Network
D-Core
Research Interests
Author Statistics
Experience
Sign in to view more
Education
Sign in to view more
Bio
I am a researcher at INRIA, leading since 2011 the SIERRA project-team, which is part of the Computer Science Department at Ecole Normale Supérieure, and a joint team between CNRS, ENS and INRIA. Since 2016, I am an adjunct Professor at Ecole Normale Supérieure. I completed my Ph.D. in Computer Science at U.C. Berkeley, working with Professor Michael Jordan, and spent two years in the Mathematical Morphology group at Ecole des Mines de Paris, I then joined the WILLOW project-team at INRIA/Ecole Normale Superieure/CNRS from 2007 to 2010. From 2009 to 2014, I was running the ERC project SIERRA. I am interested in statistical machine learning, and especially in graphical models, sparse methods, kernel-based learning, convex optimization vision and signal processing.