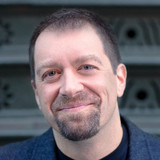 Show Academic Trajectory
Ego Network
D-Core
Research Interests
Author Statistics
Experience
Sign in to view more
Education
Sign in to view more
Bio
He was elected as a founding board member of the International Machine Learning Society. He is a member of the editorial board of the journal Data Mining and Knowledge Discovery. In 2001, he was program chair for the ACM SIGKDD conference. He was an organizer of the 2009 & 2010 Workshops on Human Computation (HCOMP), an organizer of the 2010 Workshop on Social Media Analytics (SOMA), and a founding organizer of the Workshop on Information in Networks (WIN) [2009-2015].
Prof. Provost co-founded of several successful NYC-based companies, including Detectica, Dstillery (formerly Media6degrees), Integral Ad Science, and Everyscreen Media. He advises other companies on data science and strategy.

Professor Provost advises small and large companies who are interested in extracting useful knowledge from their data. He has served as an expert witness on cases involving data science. He also advises the U.S. Government (National Science Foundation, NASA, DARPA, National Research Council, White House Office of Science and Technology Policy) on policy and investments in data mining research.