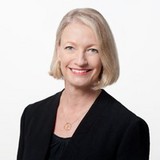 Show Academic Trajectory
Ego Network
D-Core
Research Interests
Author Statistics
Experience
Sign in to view more
Education
Sign in to view more
Bio
Dr Elizabeth Churchill is a Director of User Experience at Google, the Executive Vice President of the Association of Computing Machinery (ACM), a member of the ACM’s CHI Academy, and an ACM Distinguished Scientist and Distinguished Speaker. With a background in psychology (neuro, experimental, cognitive and social), Artificial Intelligence and Cognitive Science, for the past 20 years she has drawn on social, computer, engineering and data sciences to create innovative end-user applications and services. She has built research teams at Google, eBay, Yahoo, PARC and FujiXerox. She holds a PhD from the University of Cambridge, an honorary Doctor of Science (DSc.) from the University of Sussex, and in September will be awarded an honorary doctorate from the University of Stockholm. In 2016 she received a Citris-Banatao Institute Award Athena Award for Women in Technology for her Executive Leadership.