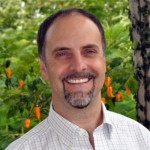 Show Academic Trajectory
Ego Network
D-Core
Research Interests
Author Statistics
Experience
Sign in to view more
Education
Sign in to view more
Bio
Ed Cutrell is a Sr. Principal Researcher at Microsoft Research where he explores computing for disability, accessibility and inclusive design as part of the MSR Ability group. He also holds an affiliate faculty appointment in the Information School at the University of Washington. He received his BA in Psychology and Cognitive Science from Rice University in 1992 and went on to study Cognitive Neuropsychology at the University of Oregon where he received his PhD in 1999. He has been working in the field of Human-Computer Interaction (HCI) since 2000.

Over the years, he has worked on a broad range of HCI topics with a special interest in interdisciplinary work. Research topics have included input technologies, visual perception and graphics, intelligent notifications and disruptions, and interfaces for search and personal information management. From 2010-2016, he managed the Technology for Emerging Markets group in Microsoft Research India, focusing on technologies and systems useful for people living in underserved rural and urban communities. After returning to the US in 2016, his research now focuses on inclusive design, exploring how computing can be used to extend and enhance the capabilities of people with disabilities around the world.