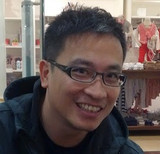 Prior to Google, he was the Area Manager and a Principal Scientist at Palo Alto Research Center's Augmented Social Cognition Group, where he led the team in understanding how social systems help groups of people to remember, think and reason. Ed completed his three degrees (B.S., M.S., and Ph.D.) in 6.5 years from University of Minnesota. Recognized as an ACM Distinguished Scientist and elected into the CHI Academy, he recently received a 20-year Test of Time award for research in information visualization. He has been featured and quoted in the press, including the Economist, Time Magazine, LA Times, and the Associated Press. An avid swimmer, photographer and snowboarder in his spare time, he also has a blackbelt in Taekwondo.

Dynamical Isometry and a Mean Field Theory of LSTMs and GRUs.

Recommending what video to watch next: a multitask ranking system

Latent Cross: Making Use of Context in Recurrent Recommender Systems.

Evaluation and Refinement of Clustered Search Results with the Crowd.

The Case for Learned Index Structures.

Humans and computers working together on hard tasks: technical perspective

Technical perspective: Humans and computers working together on hard tasks.

The Case for Learned Index Structures.

Blurring of the Boundary Between Interactive Search and Recommendation

And Now for Something Completely Different: Improving Crowdsourcing Workflows with Micro-Diversions

Creating a social network based on an activity

Location and Language Use in Social Media

Re-testing the Perception of Social Annotations in Web Search.

Perception and understanding of social annotations in web search

The Science of Social Interactions on the Web

All the news that's fit to read: a study of social annotations for news reading

The false dichotomy between accessibility and usability

System and method for content tagging and distribution through email

Who knows?: searching for expertise on the social web: technical perspective

2nd Workshop on context-awareness in retrieval and recommendation: (CaRR 2012)

RepliCHI SIG: from a panel to a new submission venue for replication

Who is Authoritative? Understanding Reputation Mechanisms in Quora

Proceedings of the SIGCHI Conference on Human Factors in Computing Systems

Method for annotating pages of a 3D electronic document

Proceedings of the SIGCHI Conference on Human Factors in Computing Systems

Is Twitter a Good Place for Asking Questions? A Characterization Study.

RepliCHI - CHI should be replicating and validating results more: discuss

Mail2Wiki: low-cost sharing and early curation from email to wikis

Apples to oranges?: comparing across studies of open collaboration/peer production

Tweets from Justin Bieber's heart: the dynamics of the location field in user profiles

From slacktivism to activism: participatory culture in the age of social media

Studying the Adoption of Mail2Tag: an Enterprise2.0 Tool for Sharing.

System And Method For Identifying Topics For Short Text Communications

Methods for visualizing transformations among related series of graphs

System And Method For Recommending Interesting Content In An Information Stream

System And Method For Triaging Of Information Feeds