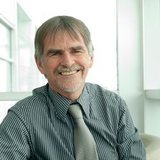 Show Academic Trajectory
Ego Network
D-Core
Research Interests
Author Statistics
Experience
Sign in to view more
Education
Sign in to view more
Bio
Dr. Duncan Stewart is a pioneering Canadian cardiovascular researcher, recognized for his many important discoveries in blood vessel biology, as well as his dedication to translating these discoveries into benefits for patients and society. After beginning his career in academic cardiology at McGill University in Montreal, he moved to Toronto as Head of Cardiology at St. Michael’s Hospital and later became Director of the Division of Cardiology, and Executive Director of the McLaughlin Centre for Molecular Medicine at the University of Toronto. He was recruited to lead the Ottawa Hospital Research Institute (OHRI) in 2007.