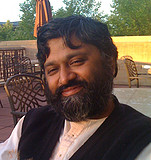 Show Academic Trajectory
Ego Network
D-Core
Research Interests
Author Statistics
ACM_Citations
Experience
Sign in to view more
Education
Sign in to view more
Bio
Divesh Srivastava is the head of the Database Research Department at AT&T Labs-Research. He received his Ph.D. from the University of Wisconsin, Madison, and his B.Tech from the Indian Institute of Technology, Bombay. He is a Fellow of the ACM, on the board of trustees of the VLDB Endowment, and an associate editor of the ACM Transactions on Database Systems. He has served as the associate Editor-in-Chief of the IEEE Transactions on Knowledge and Data Engineering, and the program committee co-chair of many conferences, including VLDB 2007. He has presented keynote talks at several conferences, including VLDB 2010. His research interests span a variety of topics in data management.