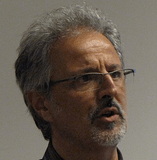 Show Academic Trajectory
Ego Network
D-Core
Research Interests
Author Statistics
Experience
Sign in to view more
Education
Sign in to view more
Bio
Dino Pedreschi was born in 1958 in Italy, He is currently a full professor at the Dipartimento di Informatica of the University of Pisa. He has been a visiting scientist and professor at the University of Texas at Austin (1989/90), at CWI Amsterdam (1993) and at UCLA (1995). He has been the coordinator of the working group Non-determinism in deductive databases, jointly sponsored by the European Union and the US National Science Foundation, involving four European and two US universities and research centers. His current research interests are in data mining and logic in databases, and particularly in data analysis, in the integration of data mining and database querying, in spatio-temporal reasoning, and in formal methods for deductive computing. He has taught classes on programming languages, databases and datamining in universities in Italy and abroad. He participated in the scientific committee of various conferences in the area of Logic Programming and Databases, including the LID'96 Workshop on Logic in Databases, where he was program co-chair, and the LPNMR'99 Workshop on Logic Programming and Non Monotonic Reasoning, 1999.
He is a co-chair of ECML/PKDD 2004, the international conference on Machine Learning and Knowledge Discovery in Databases. He served as the coordinator of the undergraduate studies in Computer Science at the University of Pisa, and as a vice-rector of the same university, with responsibility in teaching affairs.
He is the national coordinator of the basic research project GeoPKDD - Geographic Privacy-aware Knowledge Discovery and Delivery, funded by MIUR under the PRIN 2004 program.
He is the coordinator of workpackage 2 (Privacy-aware spatio-temporal data mining) of the FP6 project GeoPKDD - Geographic Privacy-aware Knowledge Discovery and Delivery, funded by the European Commission.