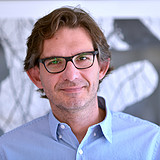 My research up to now has focused on explaining visual data for Computer Vision, Computer Graphics and Medical Image Analysis, through the appropriate physical and statistical models. A central interest is in modeling the interaction of 3D shape and illumination, (a major source of variability in images) for applications such as shape and motion estimation, object recognition and augmented reality. Further interest in 3D shape deformation is fueled by the availability of image and range data that allows statistical modeling of non-rigid motion. The construction of such statistical models leads to the problem of accurate matching of 3D data. A natural application area for all the above questions is the field of human modeling and especially faces. We have been focusing on topics such as facial appearance under variable illumination and facial expression modeling for biometrics and human computer interaction. My general interest in human modeling has led to exciting collaborations with psychologists who collect visual data about human behavior through multiple modalities such as eye-trackers and fMRI bran imaging. Thus based on recent neuropsychological findings we are exploring the application of machine learning techniques to the analysis of brain images. Sources of funding include NSF, NIH , DoE, DoJ, FRA, New York State and the Adobe Corp.