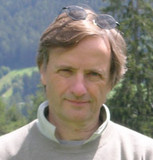 Show Academic Trajectory
Ego Network
D-Core
Research Interests
Author Statistics
Experience
Sign in to view more
Education
Sign in to view more
Bio
Dr. Dick Bulterman is a senior researcher at CWI in Amsterdam, where since 2004 he heads the Distributed and Interactive Systems group. He is also holds the professorship of Distributed Multimedia Languages and Interfaces with the department of computer science at the Vrije Universiteit in Amsterdam, where he teaches and does research within the Computer Systems and Web and Media groups. From 1988-1994 (and briefly in 2002), he led CWI's Department of Computer Systems and Telematics and from 1994 to 1998, he was head of the Multimedia and Human Computer theme.
In 1999, he started Oratrix Development BV, a CWI spin-off company that transfered the group's SMIL-based GRiNS software to many parts of the civilized world. In 2002, after handing the responsibilities of CEO over to Mario Wildvanck, he returned to CWI and started up a new research activity at CWI on distributed multimedia systems.
Prior to joing CWI in 1988, he was on the faculty of the Division of Engineering at Brown, where he was part of the Laboratory for Engineering Man/Machine Systems. Other academic appointments include visiting professorships in computer science at Brown (1993-94) and in the information theory group at TU Delft (1985) and a part-time appointment in computer science at the Univeristy of Utrecht (1989-1991).