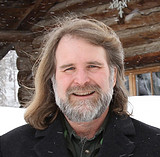 Show Academic Trajectory
Ego Network
D-Core
Research Interests
Author Statistics
Experience
Sign in to view more
Education
Sign in to view more
Bio
David R. Montgomery is a Professor of Earth and Space Sciences at the University of Washington in Seattle, where he leads the Geomorphological Research Group and is a member of the Quaternary Research Center. Montgomery received his B.S. in geology from Stanford University in 1984, and his Ph.D. in geomorphology from University of California, Berkeley in 1991. His research addresses the evolution of topography and the influence of geomorphological processes on ecological systems and human societies. His published work includes studies of the role of topsoil in human civilization, the evolution and near-extirpation of salmon, morphological processes in mountain drainage basins, the evolution of mountain ranges, and the use of digital topography. He has conducted field research in eastern Tibet and the American Pacific Northwest. In 2008 Montgomery received a MacArthur Fellowship. His book, "Dirt: The Erosion of Civilizations" won the 2008 Washington State Book Award in General Nonfiction.[1] Montgomery's 2012 book, "The Rocks Don't Lie: A Geologist Investigates Noah's Flood" explores the relationship between catastrophic floods in the distant past, flood legends, "Noachian flood geology", and geologic discovery over the past several hundred years. After the catastrophic Oso mudslide in Washington State in March, 2014, Montgomery appeared on various news segments to discuss the science behind landslides.[2] He appears in DamNation the 2014 documentary film about dam removal in the United States.