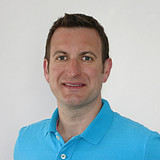 Show Academic Trajectory
Ego Network
D-Core
Research Interests
Author Statistics
Experience
Sign in to view more
Education
Sign in to view more
Bio
Cyrill Stachniss is a full professor at the University of Bonn and heads the lab for Photogrammetry and Robotics. Before working in Bonn, he was a lecturer at the University of Freiburg in Germany, a guest lecturer at the University of Zaragoza in Spain, and a senior researcher at the Swiss Federal Institute of Technology in the group of Roland Siegwart. Cyrill Stachniss finished his habilitation in 2009 and received his PhD thesis entitled “Exploration and Mapping with Mobile Robots” supervised by Wolfram Burgard at the University of Freiburg in 2006. From 2008-2013, he was an associate editor of the IEEE Transactions on Robotics, since 2010 a Microsoft Research Faculty Fellow, and received the IEEE RAS Early Career Award in 2013. Since 2015, he is a senior editor for the IEEE Robotics and Automation Letters. He is the spokesperson of the DFG Cluster of Excellence EXC 2070 ”PhenoRob – Robotics and Phenotyping for Sustainable Crop Production” and of the DFG Research Unit FOR 1505 ”Mapping on Demand”. He was furthermore involved in the coordination of several EC-funded FP7 and H2020 projects. In his research, he focuses on probabilistic techniques in the context of mobile robotics, navigation, and perception. Central areas of his research are solutions to the simultaneous localization and mapping problem, visual perception, robot learning, agricultural robotics, computer-controlled cars, and unmanned aerial vehicles. He has coauthored over 200 publications.