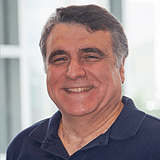 Show Academic Trajectory
Ego Network
D-Core
Research Interests
Author Statistics
ACM_Citations
Experience
Sign in to view more
Education
Sign in to view more
Bio
He has received the Presidential Young Investigator Award by the National Science Foundation (1989), seven best paper awards, and several teaching awards. He has served as a member of the executive committee of SIGKDD. He has published over 140 refereed articles, one monograph, and holds five patents. His research interests include data mining for streams and networks, fractals, indexing for multimedia and bio-informatics data bases, and performance.

He also received the ACM 2010 SIGKDD Innovation Award and he was also named a Fellow of the ACM in 2010.