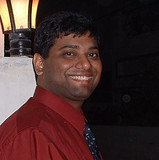 IBM T. J. Watson Research Center
关注
立即认领
分享
基本信息
浏览量：48164
个人简介
He has published over 130 papers in refereed conferences and journals, and has been granted over 50 patents. Because of the commercial value of the above-mentioned patents, he has received several invention achievement awards and has thrice been designated a Master Inventor at IBM. He is a recipient of an IBM Corporate Award (2003) for his work on bio-terrorist threat detection in data streams, a recipient of the IBM Outstanding Innovation Award (2008) for his scientific contributions to privacy technology, and a recipient of an IBM Research Division Award (2008) for his scientific contributions to data stream research. He has served on the program committees of most major database/data mining conferences, and served as program vice-chairs of the SIAM Conference on Data Mining , 2007, the IEEE ICDM Conference, 2007, the WWW Conference 2009, and the IEEE ICDM Conference, 2009. He served as an associate editor of the IEEE Transactions on Knowledge and Data Engineering Journal from 2004 to 2008. He is an action editor of the Data Mining and Knowledge Discovery Journal , an associate editor of the ACM SIGKDD Explorations, and an associate editor of the Knowledge and Information Systems Journal. He is a fellow of the IEEE for "contributions to knowledge discovery and data mining techniques".
研究兴趣