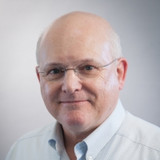 Show Academic Trajectory
Ego Network
D-Core
Research Interests
Author Statistics
ACM_Citations
Experience
Sign in to view more
Education
Sign in to view more
Bio
Charles E. Leiserson is Professor of Computer Science and Engineering at the Massachusetts Institute of Technology in Cambridge, Massachusetts, USA. He joined the faculty of MIT in 1981, where he is now the Edwin Sibley Webster Professor in MIT’s Electrical Engineering and Computer Science Department. He is Associate Director and Chief Operating Officer of the MIT Computer Science and Artificial Intelligence Laboratory, the largest on-campus laboratory at MIT, where he also leads the Supertech research group and is a member of the Theory of Computation group.

Professor Leiserson's research centers on the theory of parallel computing, especially as it relates to engineering reality. He coauthored the first paper on systolic architectures. He invented the retiming method of digital-circuit optimization and developed the algorithmic theory behind it. On leave from MIT at Thinking Machines Corporation, he designed and led the implementation of the network architecture for the Connection Machine Model CM-5 Supercomputer. This machine was the world's most powerful supercomputer in the early 1990's, and it incorporated the "universal" fat-tree interconnection network he developed at MIT. Fat-trees are now the preferred interconnect strategy for Infiniband technology.